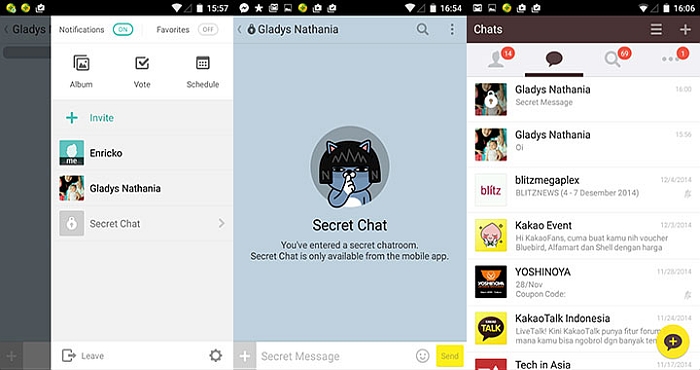 User data controversy has recently brought about the introduction of a brand new end-to-end encryption feature for the Kakao Talk chat app. The company introduced the ‘secret chat mode‘ which made its way to Android devices first, with iOS devices right behind.

The newest feature can be activated by either a drop down menu from an already existing chat or from a button dedicated solely to launching a new Secret Chat.

Initially only available for live chats between two people only, the company says that the option for secret group chats will soon become available some time this year. Other privacy tweaks are also on their way.

The whole thing started when President Park Geun-hye announced a planned crack down on the messenger app with plans to get hold of user data from a parent company. Many Kakao Talk users quickly left for safer apps where their security was not quite as at risk. Just days after the Presidential announcement, Security focused Telegram saw an influx of more than a million new registrations. 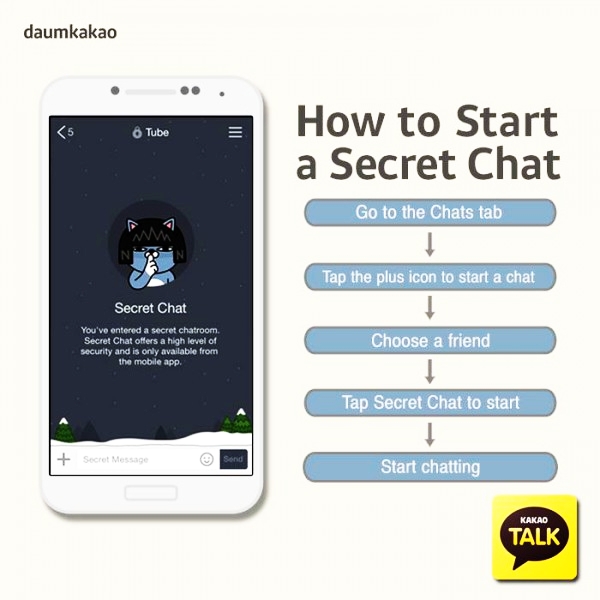 It was at that point the Kakao company denied giving away any user information and promised more secure measures for users and their data, including a transparency report that is to send information about any data request made in Korea. The encryption feature was put into place shortly thereafter.