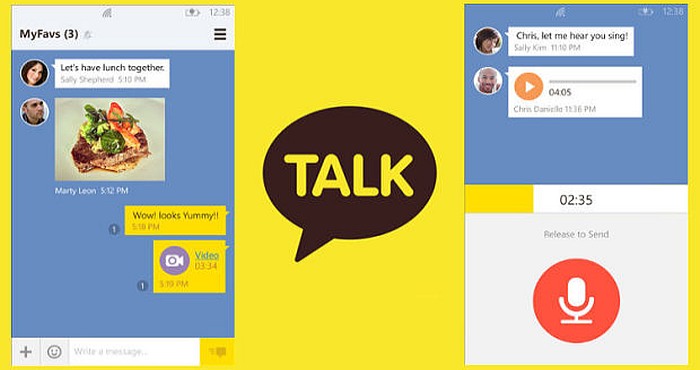 KakaoTalk will most probably send an in-app message to all its Windows phone users telling them about this unfortunate news. The company has not yet stated any specific reason behind this action.

The KakaoTalk chat app will remain functional until 15th of December this year. After that users will not be allowed to see the past chat conversations but they won’t be able to chat afresh.

KakaoTalk is a widely popular chat app in Korea and it has achieved a lot of fame in the country. Similar to other message chat apps like Viber, Line and iMessage, this chat app offers a lot of other services than a simple messaging app.

The messaging app offers enhanced communication and it allows the users to communicate and connect like none other. Users can exchange gifts and make payments using their phones. The features are available on Android and iOS only.

The Windows users were actually expecting an update from KakaoTalk that would make the messaging app more feature rich for them. Thus, this news is a big shock for them.