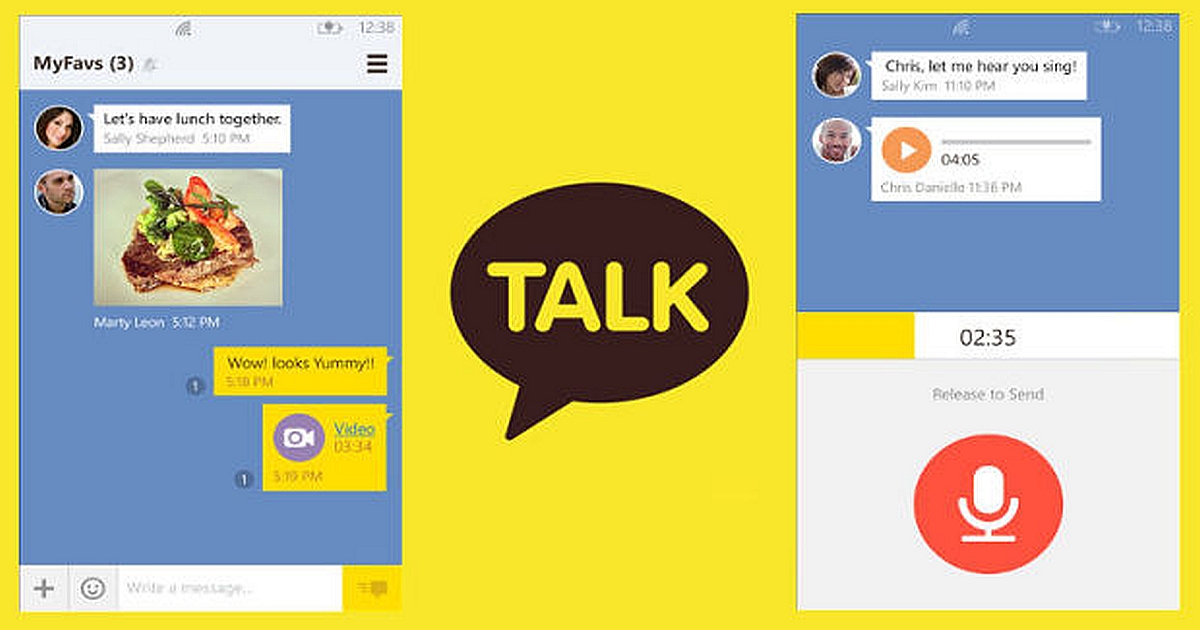 Introduced in March of 2010, KakaoTalk is a free messenger app for mobile phones that instantly became a huge hit in Korea. Of the roughly 43 million smart phone owners in Korea, it was said that nearly 95% of them were users of KakaoTalk. A shortened version of the name, “KaTalk” soon became synonymous with texting.

There is even a mobile payment service option available through the messaging app, which allows users to link their credit or debit cards and pay bills or transfer money directly from KakaoTalk. Many users find this incredibly helpful as an all-in-one service.

In December 2016, KakaoTalk dropped all support for Windows Phones and chose rather to focus on Android and iOS phones exclusively. While there is still a version that can be downloaded as a Windows desktop application, Windows phones will not be able to connect to Kakao servers at all.

KakaoTalk quickly came to the forefront as a messenger and quickly dominated the market as a tech giant in Korea, however it did not have the same outcome in any other country. In fact, after trying to make its way into foreign markets 2011, users of the app have actually gone down.

The company behind the messenger app released many new features in hopes of causing it to gain popularity. Some of them included games, streaming music, online payment options, social media, booking hotels and even a feature that allows you to find nearby restaurants. The app, which is now multi-platform with an all-in-one take on so many things, still cannot seem to gain momentum anywhere but in Korea.

It seems to be that the monopolization of the WhatsApp in over 100 countries worldwide, including the US, Mexico, India, Russia, South American, Africa and Europe, has been a key factor in keeping KakaoTalk at bay. Add in the fact that WeChat and Line has a strong hold on China and Japan, and it becomes easy to see why KaTalk is having such a hard time breaking into those countries.

However, even in the grip of fewer users, the founders of Kakao-Talk still have hope that amidst the ever changing marketing arena, and the fact that some have even shut down their marketing, that they may just be the first ones to find the next new strategy. It has even been rumored that the parent company of KakaoTalk already has the approval to open an online-only bank in South Korea.