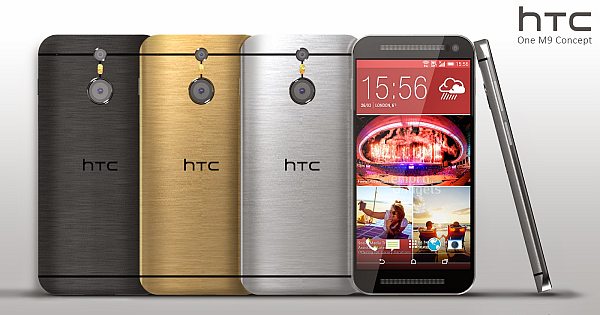 After being slightly low key of late, the giant they are, HTC is back again in the business, with an all new HTC One M9, which may look similar to its predecessors- M8 and M7- but differ quite a lot in functionality and other stuffs. So, all you smart phone geeks out there, if you have not really read much about this highly awaited phone yet, then don’t blink and read on because this space will tell you everything about it that you need to know before laying your hands on it.

Latest news on HTC’s about to be launched One M9

The news that the HTC One M9 would be launched in 2015 has already kept the users very hooked to see what it would be like, and now since the first look has been unveiled, the attention has now turned towards what are the extra features and functionalities that it possesses, which will give it a head start against Samsung Galaxy S6 and Galaxy S6 Edge, both scheduled to be start getting sold on the April 10, the same date that HTC has chosen to make their flagship product go up for sale on all leading carriers. Also, the competition that it would face from the Apple, whose iPhone 6 and 6 Plus are already on a record breaking spree, with each new quarter selling more mobile units than the previous one. So, the competition is quite tough for HTC to rise above them all, let us see what it has got for us to really achieve the pole position in that segment.

Software upgrade: while HTC One M9 may disappoint you on the “look” factor, if you have used M8 or M7 previously, but its cool software upgrades are more than enough compensation for its repeated looks. Its Sense 7 interface boasts of a widget named as Sense home that changes the home screen based on the apps used by the user in different locations.

Speakers: If you are a loud music lover, then even at lower volumes, this phone will provide excellent playback. Its BoomSound Speakers boast of 5.1 Dolby Surround Sound, which is a perfect recipe for an ear busting playback.

Custom theme creation: the HTC One M9 offers a new and exciting feature for its users in the form of custom theme creation. Users can create a unique environment for them to use by making a theme using any picture of their choice. The Sense 7 takes centre stage then and will generate a theme using the picture as wallpaper, an app icon that is created by matching the image with its colour scheme.

Uh Oh Protection: HTC has covered its One M9 with its Uh Oh Protection, in which a user will get a brand new phone should their phone suffer from cracked screen or get water-damaged. A replacement is also granted if a user wishes to switch a carrier within a year, and sought for a compatible version. Furthermore, if the warranty is not availed within a year, HTC will go on and give its users a credit of $100, which can be availed upon buying an HTC One in future.

Expandable storage: despite being a unibody phone, HTC One M9 offers a Micro SD card slot, at the right side of the phone, and the phone is expandable up to 128 GB.

Moreover, the hardware is not altered much and the camera is just – not too good, but not too bad, either- Okay, which, coupled with its new additions, makes it a good phone to have.

Posted in News Tagged with: smartphone